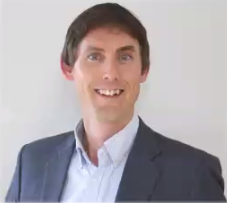 “The solution has already demonstrated value in detecting abnormal operating conditions in the sewerage network trial area beyond the capability of previous methods.”

A key challenge for this industry is managing sewer blockages and subsequent spills that occur in the mains system. Often the first notification of a spill comes from a member of the public, hours and sometimes days after the first spill. This can intensify public health and environmental impacts and the cost of clean-up efforts.

Following a sewer spill at an environmentally significant site at Midway Point in August 2017, TasWater sought a way to reduce the likelihood and impact of spill events occurring in the future.

As part of a multi-disciplinary approach in the region, this industry-first analytics solution aims to leverage live and historical data to detect blockages in their infancy, thereby preventing potential spill events.

Having previously worked with TasWater on its process historian data management system, Nukon was asked to identify and produce a proof-of-concept for an online sewer blockage detection system.

Blockage model development:
The model was developed and tested using data from the Midway Point spill event in August 2017. The goal was to see if the model could detect the blockage faster than current methods.

First it was determined that the best indicator of a blockage event was in ‘The Time Between Pump Runs (Time to Fill)’.

“’Time to fill’ is basically the time it takes for sewage to fill a wet well and alert the pump to start running, effectively clearing the well of waste,” Nukon Senior Consultant Andrew May said. 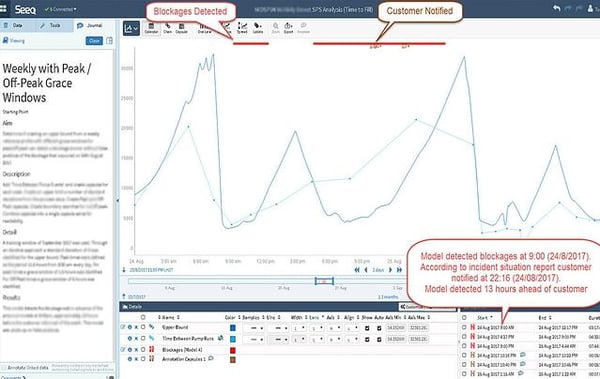 “For example, during off-peak periods such as overnight, we generally see longer well-fill times and less pump runs. A faster well-fill time and more pump runs is typical of on-peak behaviour in the mornings or evenings,” Mr May said.

The model identifies blockages by detecting the absence of ‘normal fill and pump behaviour’ in real-time. For example, the absence of pump runs or extended fill time during peak times would signify an abnormality and possible blockage.

“From here, TasWater field teams are notified to investigate the site and resolve the blockage before it turns into a spill,” Mr May said.

“The trial has delivered results above expectation and demonstrates the potential for considerable savings when applied at scale across the sewer network.” – Matt Jordan, Manager Network Asset Performance, TasWater

Using the August 2017 blockage event, Nukon validated the model as an accurate, reliable and fast method of identifying potential blockages.

The on-peak/off-peak profile detected the historical blockage 13 hours before the time it was reported by a customer, with zero false positives. The model has the potential to avoid spill incidents by providing real-time early warning for field teams of statistically significant partial or full blockages in the sewer network.

Given its superior performance, the on-peak/off-peak model was selected for the online sewer blockage detection system and applied to each SPS in the Midway Point region. Each site’s specific behaviour, deviations and grace periods were accounted for to reduce false positives.

“The solution is integrated with PI notifications for early alerting, allows for fast time-to-insight on time-series data, reduced time spent in spreadsheets, and process improvements leading to better operating efficiencies,” Mr May said.

Trials commenced prior to state-wide rollout:

The new system was trialled over 12 months and was initially constrained to the Midway Point sites to allow for model tuning and adjustments. Nukon continued to work collaboratively with TasWater and Seeq on further model improvements and wider deployment to critical SPS sites in the TasWater sewerage network.

Multiple stakeholders are set to benefit from the system, including local residents, the local shellfish industry, the environment, the Environment Protection Authority and TasWater.

Now, more than 12 months on, the model has become more powerful as more SPS process data is gathered, while additional variables such as new residential areas or changes in the sewerage network strengthen its capability.

Recently, the solution was able to detect a blockage, allowing the client to act upon an overflow alarm, communicating to the EPA in the process.

"We believe the solution identified the blockage and allowed us to quickly act upon an overflow in a high-risk area." - Matt Jordan, Manager Network Asset Performance, TasWater.

•Improved insights into network and asset behaviour through event correlation

•Does not require additional monitoring at sites (deferred capital investment)

•Active alerts for ‘out-of-bounds’ conditions, configurable based on unique behaviour of the asset. 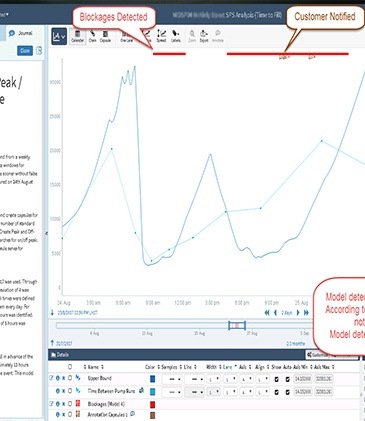 • record and annotate events and periods of interest

• perform behavioural modelling through the water and sewerage network

• quickly and easily export formatted data of interest directly from the browser.

GET IN TOUCH TO LEARN HOW WE CAN OPTIMISE YOUR OPERATION